Message Trace is a powerful visual feature that facilitates quick diagnosis of the cause of a workflow failure.

Workflow failures may be the result of business exceptions, data issues, or connection issues, among other causes. Before a failure can be triaged, however, an admin user must first know that a failure has occurred. This can be done in several ways:

To open a failed message for troubleshooting:

Once a Message Trace has been opened, it can be used to troubleshoot a failed message, or view the details of a successfully processed message.

Basic details of the Message Trace are summarized at the top of the page. Expand this section to view details including how long the workflow took to process the message, status of the workflow execution, and the point of failure (if applicable). The raw file and the resultant message xml converted from that raw file can be downloaded. These can be saved as file samples for future use, or reviewed.

Expand the summary (marker 1 below) to view details. 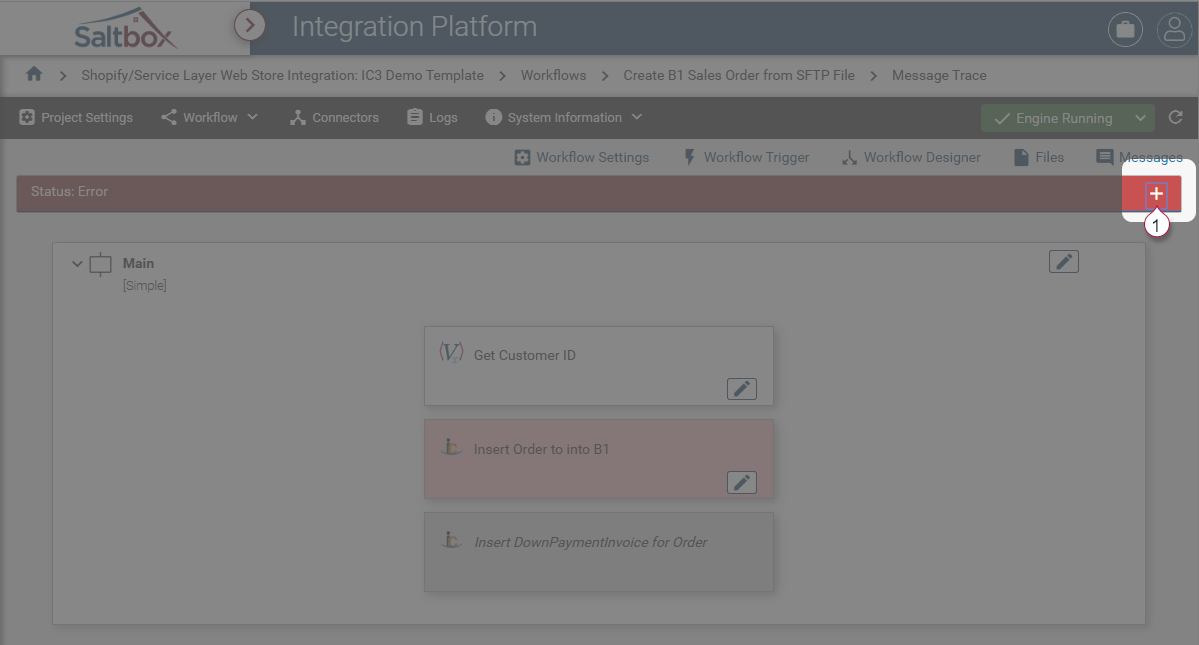 Examples of success and failed Message Trace details are below: 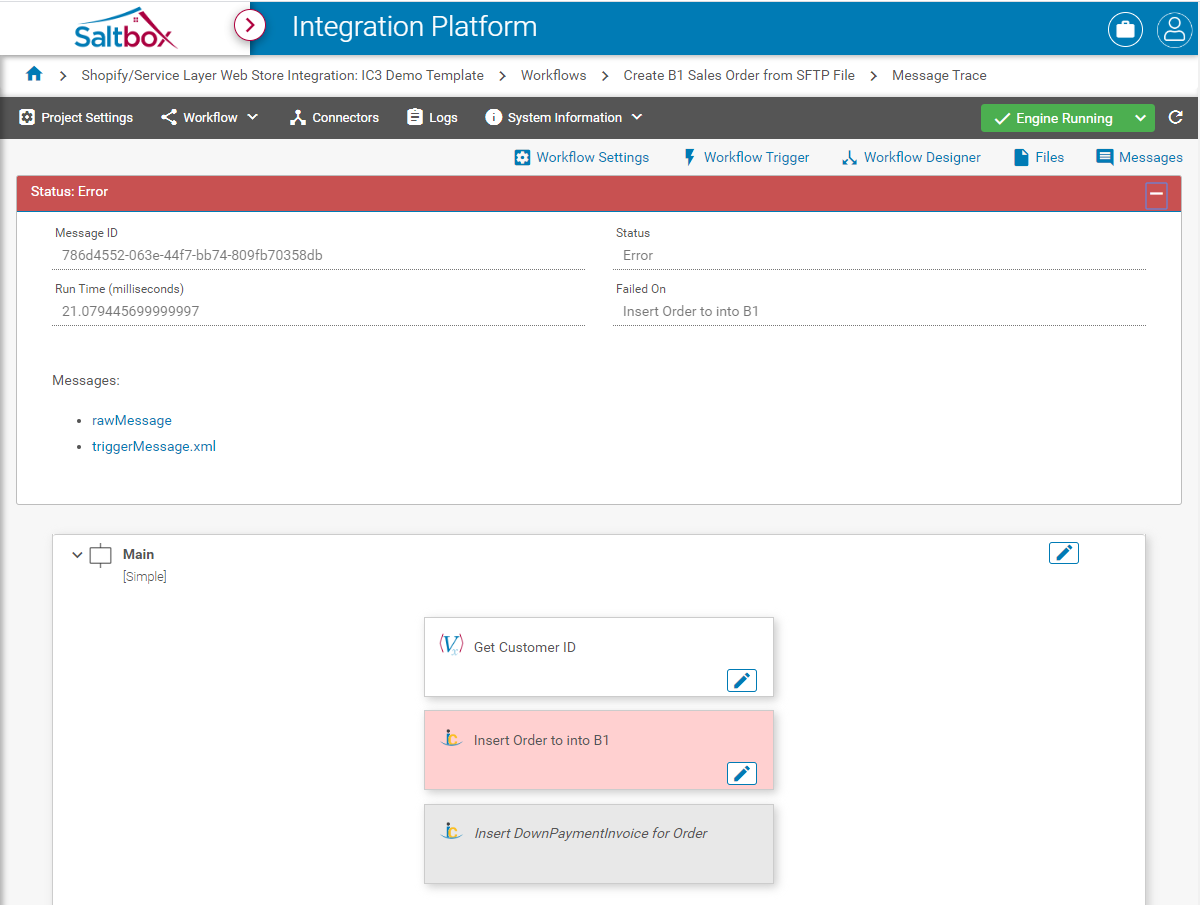 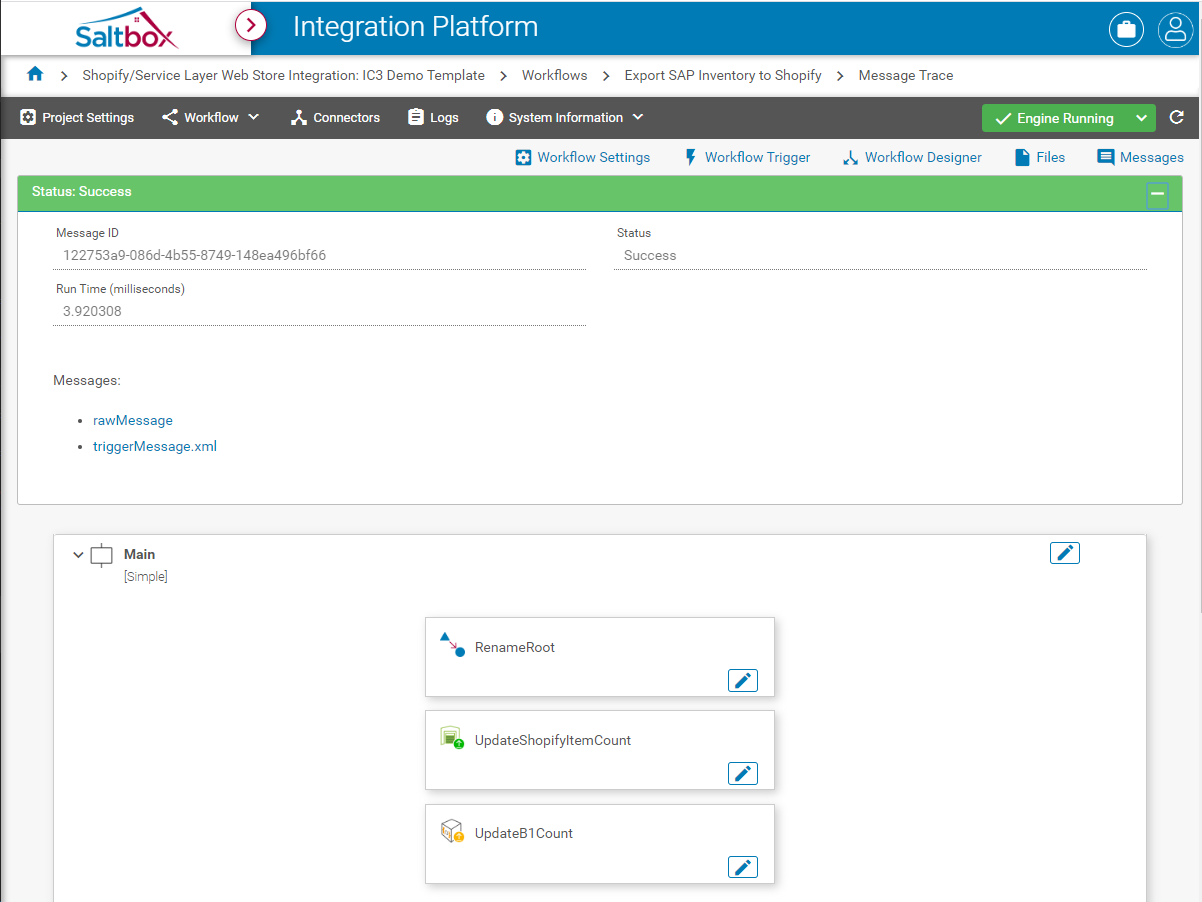 Message Trace shows the execution path of the message through the workflow, with each action highlighted.

Actions highlighted in white show actions which were executed.

Actions highlighted in yellow show actions which were executed, and which are retry save points. In the event that the workflow is retried, it will start from the latest retry save point.

Actions highlighted in red show actions which failed to execute, but which were attempted.

Actions highlighted in trey show actions which were not run, such as branches that were skipped, or actions past the point of workflow failure.

In the following example 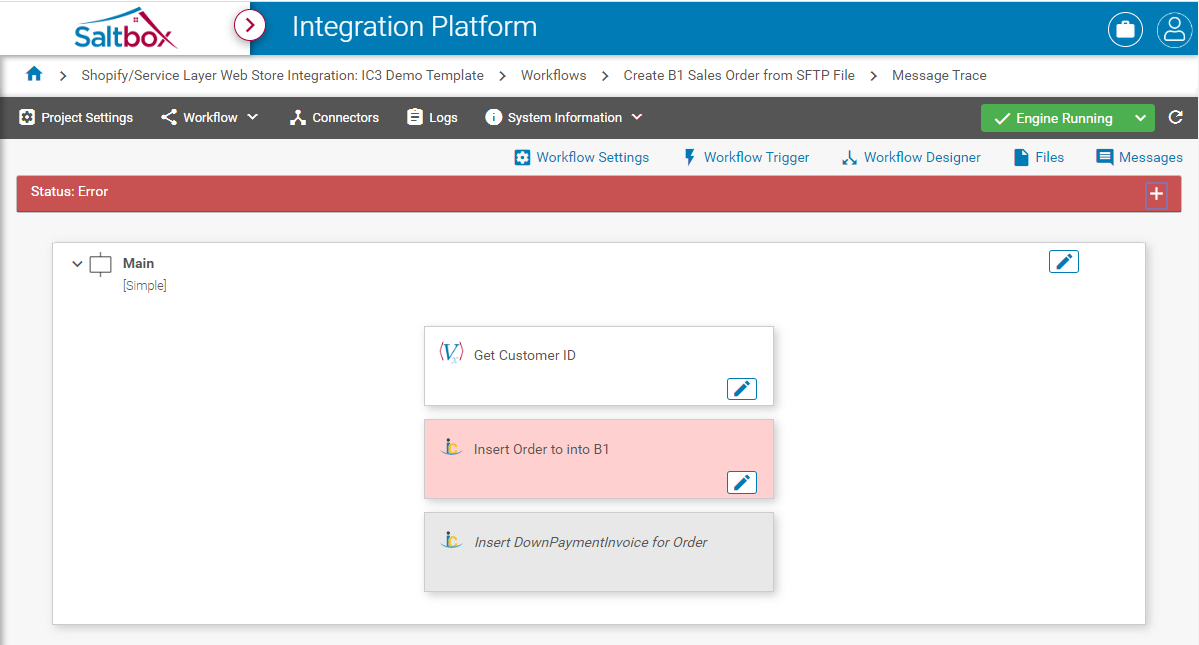 When a workflow fails, the failing action is identified, and log details are available for troubleshooting.

To view details of a failed action: