View messages generated by a trigger

When viewing a Workflow Message Trace, messages resulting from the trigger can be viewed within the status pane. Previously, files had to be downloaded, but they can now be viewed directly in Saltbox.

To access trigger messages for a workflow, in Workflow Message Trace, expand the status section (marker 1 below) 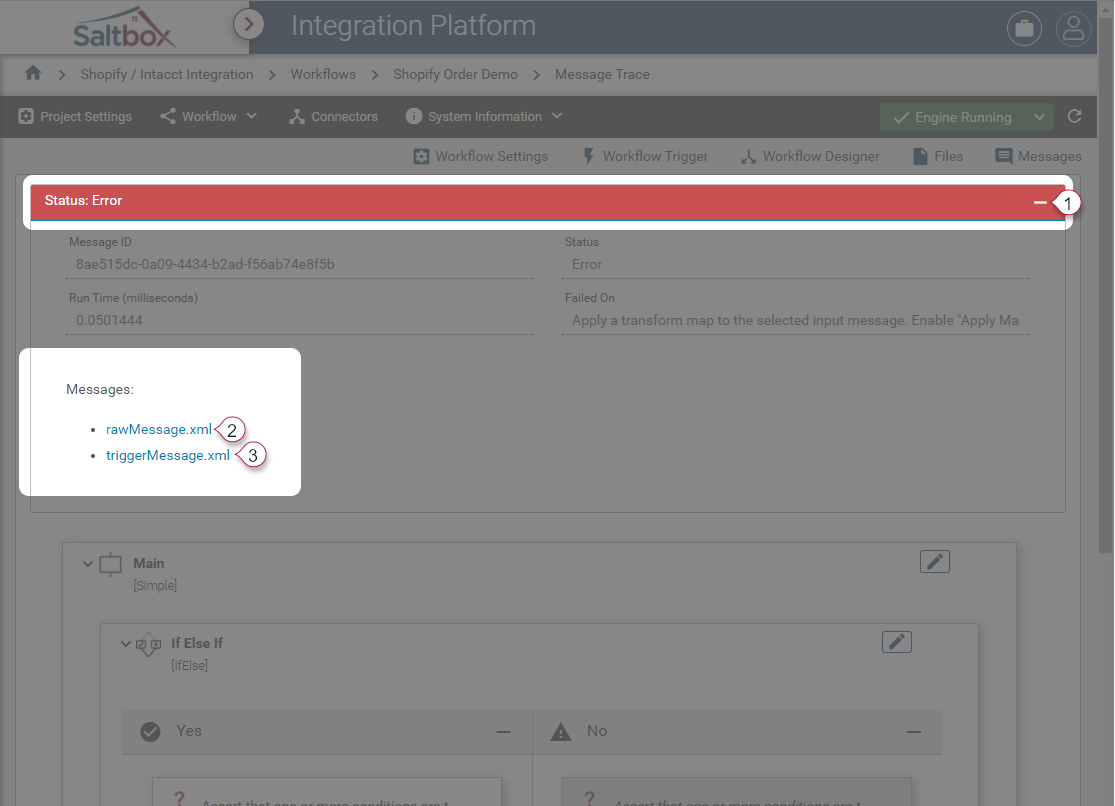 View the original (raw) message provided to Saltbox as it came from the endpoint (marker 2 above), or view the converted (trigger) message that is initially handed into the workflow.

Shown below, a Shopify raw message in JSON format, as provided by Shopify’s API: 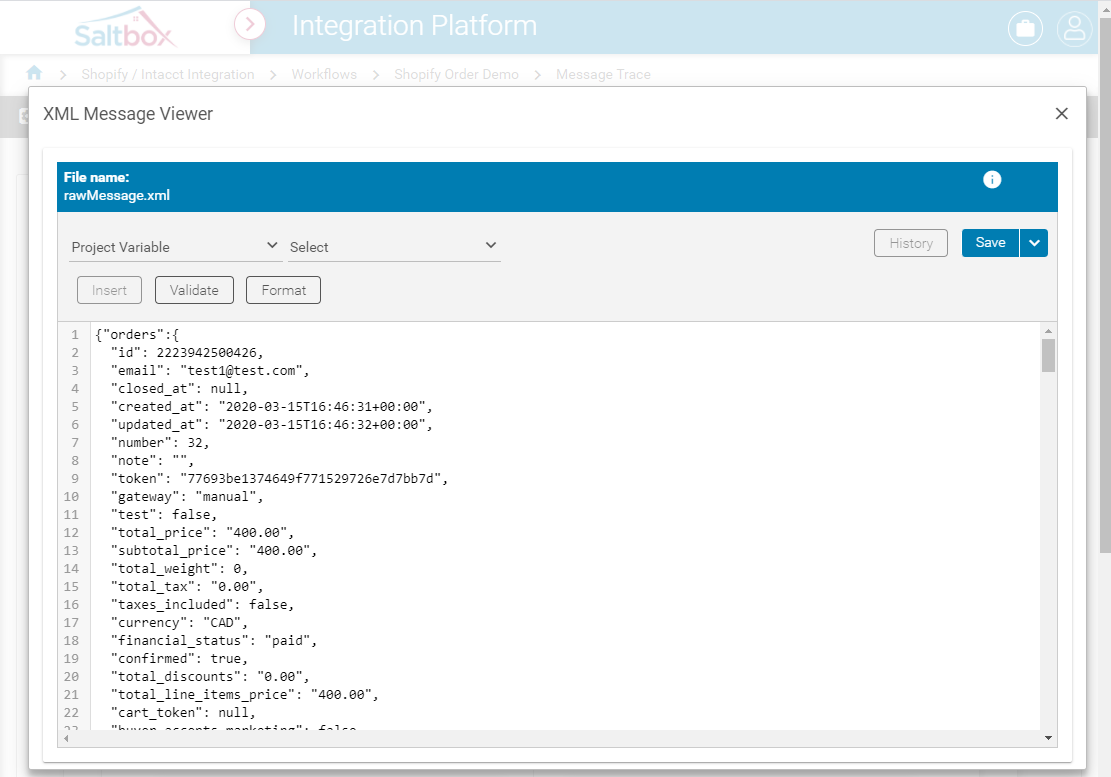 Shown below, a Shopify trigger message after it’s been converted for workflow processing. 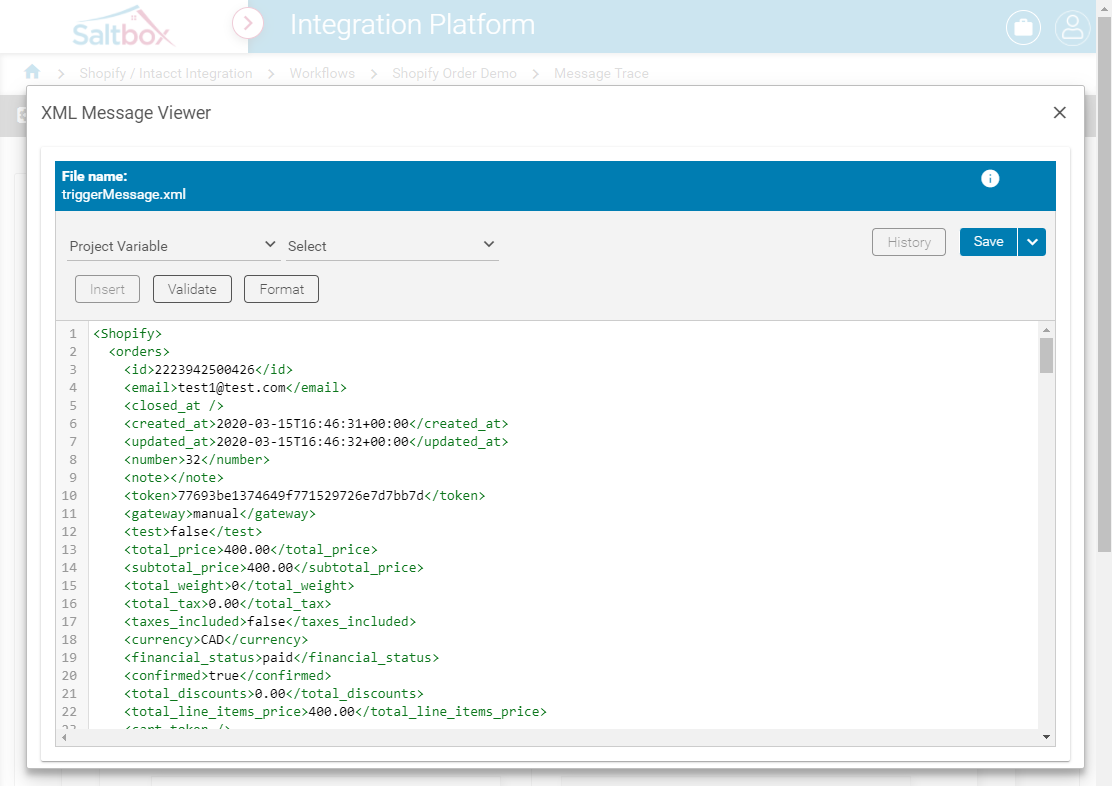