SAP Business One Hana (Service Layer) Connector version 1.10.0 features the ability to perform sub-operations, such as the ability to cancel and close documents, as well as minor usability updates to config forms.

Sub-operation support is defined in the Service Layer API, and varies between objects. Refer to Service Layer Documentation for a complete list: https://b1sa.github.io/hackathon/b1sl.html

When filling in Sub-Operation details as shown in the screenshot below, use one of the following options (where supported by Service Layer): 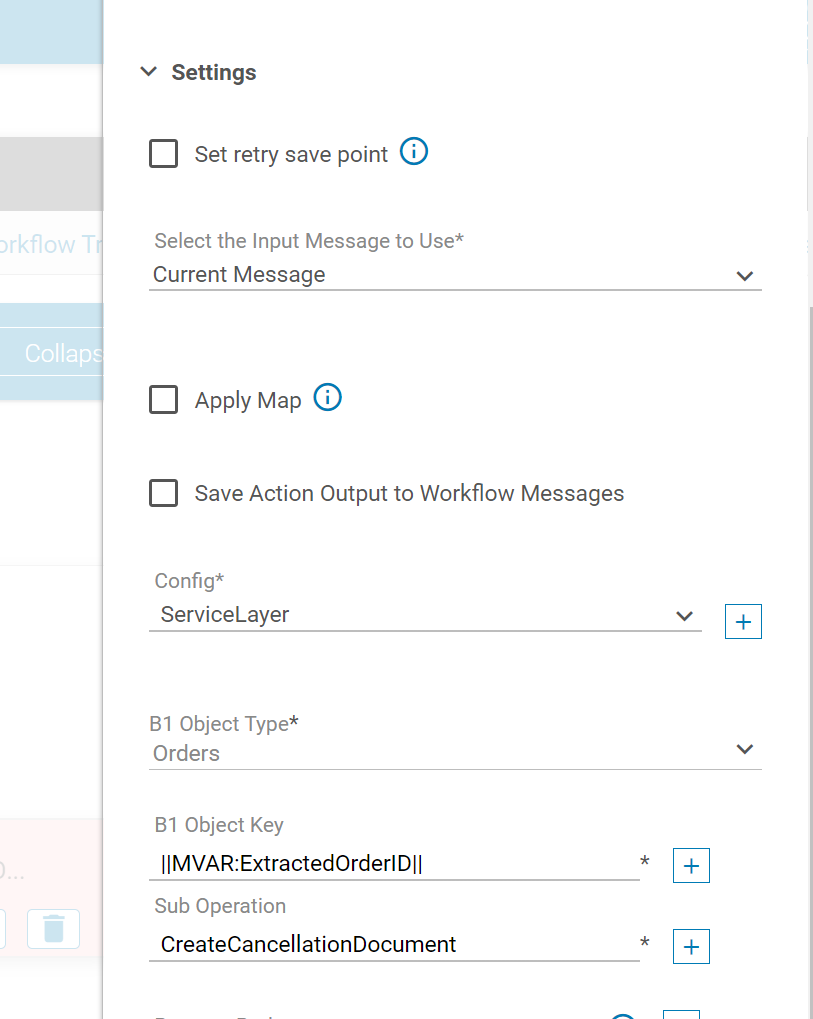